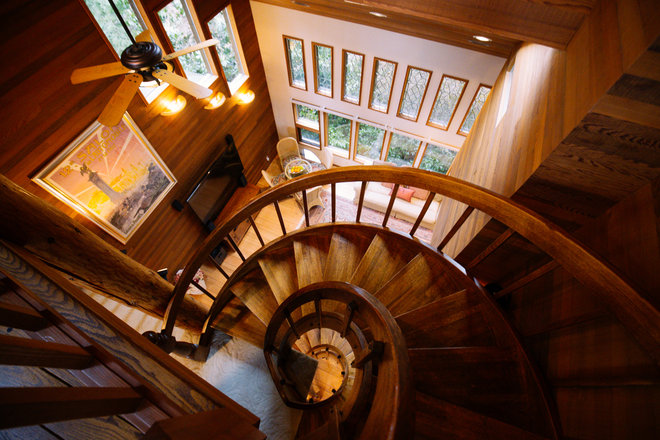 Apker and his wife restored, rebuilt and expanded the barn, and converted the Chicken Coop to a Car Museum of sorts – to house his classic car collection. The Apkers hosted 18 years of fundraising events for Children’s Hospital on the property (check out this Seattle Times article from 1992 detailing the soirees).

Apker’s construction finished up in 1976, at which point he had purchased additional waterfront property bringing the residence’s total waterfront footage to 162+ feet (and 1.34 acres). Apker was heavily involved in the remodel process; designing, building and overseeing all the construction himself.

Many years, several remodels and countless memories later – the Apkers are selling their home. Veronique Hval with Windermere is listing the five bedroom / five bath home separately from the Barn – at $4,185,000 million.

Along with the history, here are some other of our favorite features: